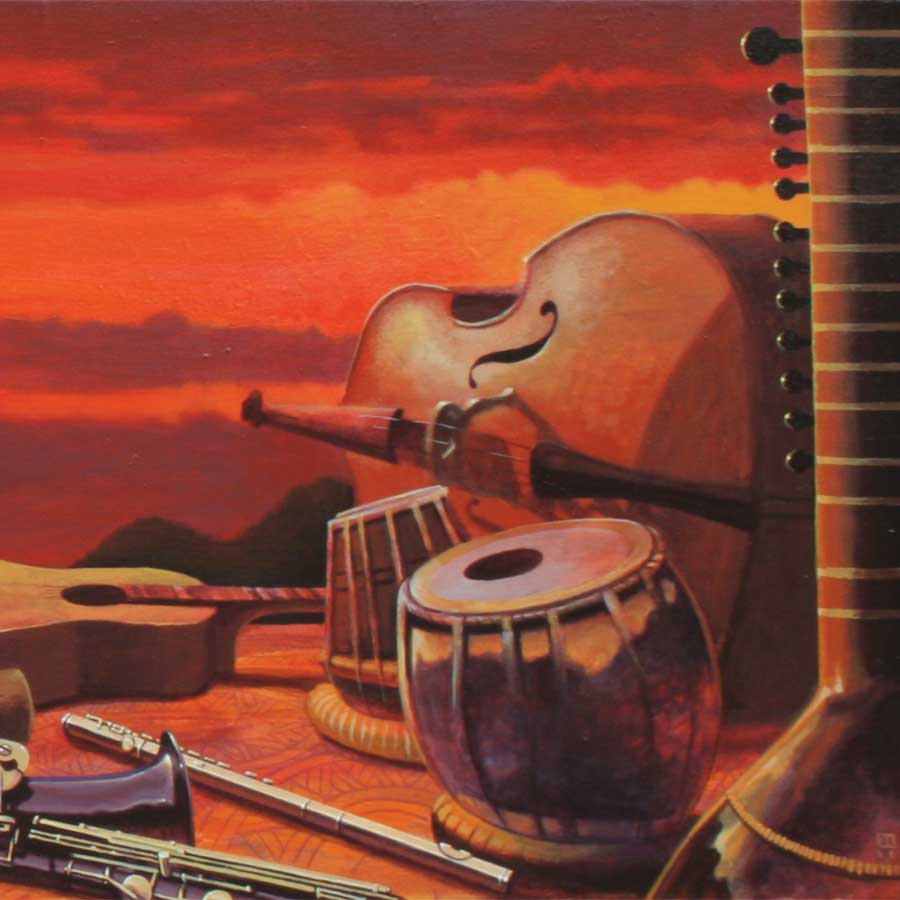 Ishta’s sound evolved over time into an uplifting blend of Eastern and Western influences with the funky bass grooves of Monsieur Escargot, soulful sitar playing by Rob Croft, stirring sax and flute arrangements by Ben Campbell, virtuosic tabla playing by Basant Madhur and the soaring, sensual vocals of Josephine Costain.

The two main songwriters, Josephine Costain and Rob Croft both have Maori ancestry and are firmly connected to this land and its people. Their uplifting songs bring a positive message of unity and celebration of life expressed not just in English but also in Maori, Spanish and Arabic. The other members of the band originally come from India, France and Israel and their respective contributions help make the Ishta sound truly international.

Listening to this multiculti outfit from Auckland qualifies you for frequent flyer points: the line-up has musicians from Dutch, Kiwi, Israeli, Indian and French backgrounds; and the instrumental artillery on display includes sitar, saxophone, didgeridoo, guitar, flute and double bass. All of which could make for an unworkable implosion of world fusion, if it weren’t for the keen sensibilities on display.
When the eight-minute second track – Butterfly – takes flight around the midpoint in a maelstrom of flute, sitar and tabla drums (with didgeridoo offering guttural sonic punctuation), it makes for a thrilling and heady brew. The interplay of sax and sitar brings to mind the most gutsy passages on Ali Akbar Khan and John Handy’s 1975 album Karuna Supreme.
They are equally impressive in quieter moments (De La Tierra and Drop the Soap which suggest the Indo-jazz group Oregon, Muhashaba featuring the entrancing vocals of Josephine Costain) and the folk-pop of Ramjhula. * * * * (four stars) – The Herald

Ishta really is something else. They are a band shockingly reflective of New Zealand’s ever-changing and increasingly multicultural society. Picture an uplifting blend of eastern and western influences, eclectic world fusion music, styles spanning from down tempo to roots/dub and venturing through lounge. I was instantly entranced by this music. Sitar, double bass, flute, sax, guitar, didge, percussion and vocals wrap around each other and flow over then under like a strange musical waterfall. I could really go into detail on this release, but words are of the essence. Recorded at Monkey Studios in Karekare, mastered at York Street, distributed by Global Routes Music. Ishta is essential listening for fans of local artists such as Rhian Sheehan, Max Maxwell, Bluey and the whole NZ ambient/world music movement. – NZ Musician