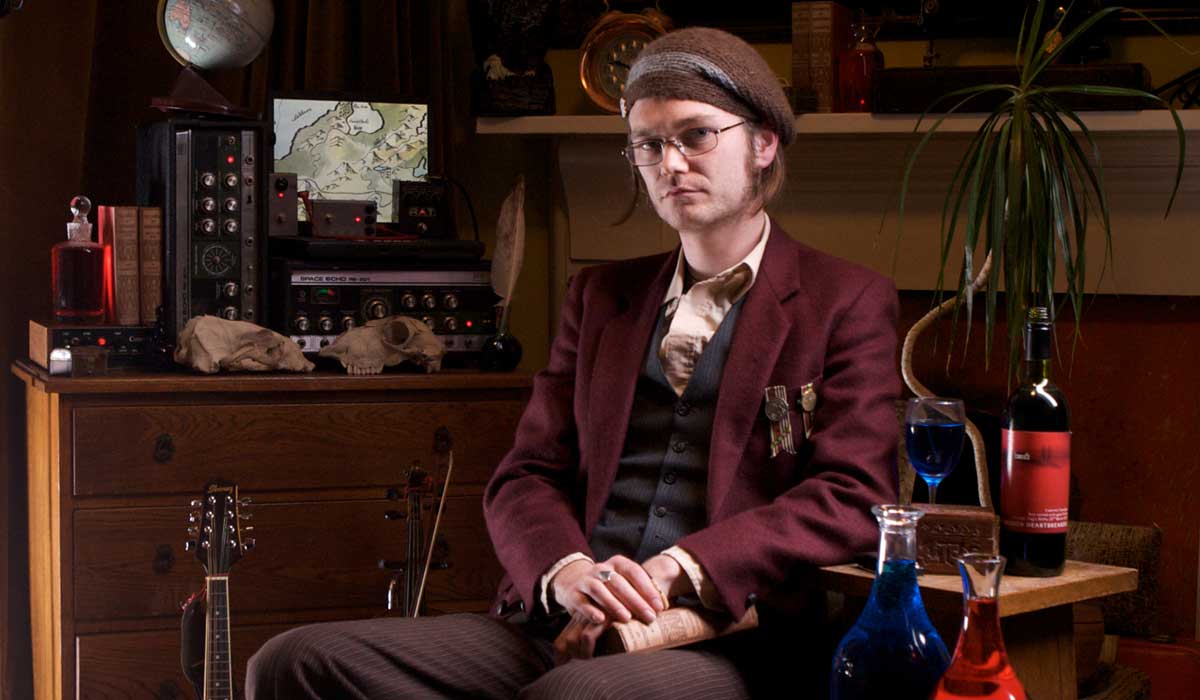 Bond Street Bridge began in 2008 as the solo project of multi-instrumentalist and songsmith Sam Prebble, and since then the act has evolved into a dynamic collective including some of the most exciting musicians in the Auckland underground. Sam has become a fixture of the Auckland alternative folk scene, playing mandolin, fiddle and guitar with The Broken Heartbreakers, Reb Fountain’s Bandits, and the Nina McSweeney Band, as well as appearing as a guest with artists as diverse as An Emerald City, Matt Langley, and Tim Guy, and recently co-founding the Wine Cellar Strings. In between recording and extensive touring, he drives a mobile  library in West  Auckland.

In mid-2011 Bond Street Bridge released his second album Spring Summer Awesome Winter, on Monkey Records in partnership with An Emerald City’s Banished From The Universe label, following up 2008’s critically lauded debut The Mapmaker’s Art.  Since the release of the first album, Prebble has toured extensively around New Zealand, Australia and Europe. The albums and the live show have impressed audiences, promoters, and critics alike, with Phil Reed describing The Mapmaker’s Art as ‘one of the finest collections of homegrown music to cross this desk in a while’ in Real Groove magazine. Graham Reid of elsewhere.co.nz included it in his best of 2008 list, and North And South reviewer Simon Sweetman described SSAW as ‘one of my favourites of this year.’

In 2012 Prebble expanded the Bond Street lineup, recruiting musicians from Auckland’s thriving underground alt-folk scene. Ivy Rossiter (Luckless, Lindon Puffin) joined the band on vocals and percussion, Dylan Storey on lead guitar and Brendan Turner on upright bass. This has allowed Bond Street Bridge to move beyond the solo show based on live loops and tape echoes and produce an even more layered and subtle sound featuring rich vocal harmonies, jangling guitars, strings and percussion. The eclectic and powerful live set has seen Bond Street Bridge invited to open for a wide range of international artists, including The Books, The Willard Grant Conspiracy, Mt Eerie and Don McGlashan.

In 2010, Bond Street Bridge escaped the New Zealand winter and spent three months touring extensively through Europe and the UK.  Along the way he played several shows with labelmate Tim Guy, and spent three months as the stand-in violinist for Berlin-based NZ psychedelic ensemble An Emerald City supporting such international heavyweights as Black Mountain and The Black Angels. Further international touring is planned for 2013, including dates in the US in May.

The summer of 2013 sees Bond Street Bridge touring New Zealand with the award-winning show ‘The Explorer’s Club: Antarctica,’ a multi-media set including spoken-word storytelling and all-original songs dealing with the trials and tribulations of early Antarctic explorers Scott and Shackleton, described by the Dominion Post as ‘a perfect evening of music.’ The show has played to sold-out houses at the Auckland, Wellington and Dunedin Fringe Festivals, and was awarded ‘Best Music’ in the 2013 NZ Fringe Festival Awards.