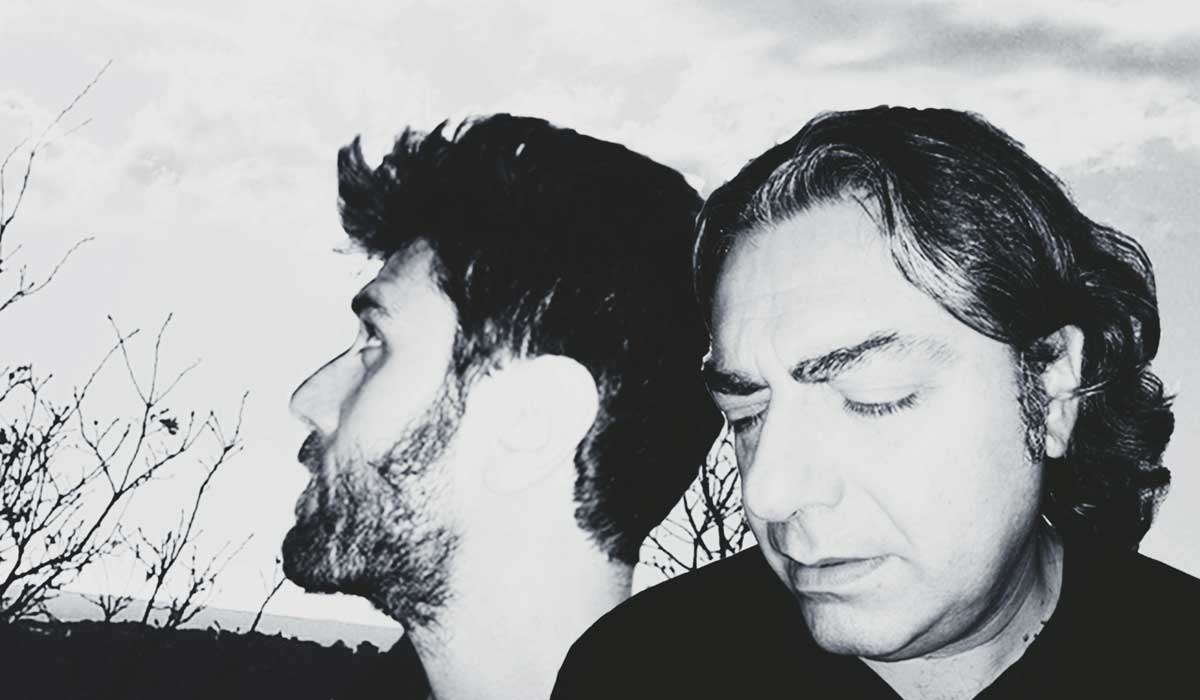 The project “Flow Signs” was born by the encounter of Francesco Giannico, electroacoustic musician and video artist, with Theo Allegretti, ambient-jazz pianist and composer, based on a common poetic and musical sensibility that favours natural landscapes, surreal environments and interior worlds.

Their Concept of the project “Flow Signs” is presented as follows:
The flow can catapult us into a mental state of conscious unawareness, as though being swept away by a current of water and similarly Francesco Giannico (laptop, field recordings, objects, guitar) and Theo Allegretti (grand piano, prepared piano), with a diversity of expressive approach, reach a mediation creating a single cinematic and visionary stream.

The album was recorded in the countryside of Rome early 2013 with both artists favouring an intuitive and improvised approach in order to maintain a certain freshness of the compositions, always sharing any necessary rearrangements and trying again until they achieve the desired result. Afterwards. at the home studio of Francesco, they shared all the subsequent phases about collecting sounds, arranging, and so on, until the final stage of mixing.

Somehow, although the improvisation occupies much of the work, you feel magically emerging an articulation of sounds forming a harmonious whole that perhaps cannot be expressed otherwise. Figuratively, it seems as if Francesco defines a space in which the different sounds create a physical environment and within this Theo articulates the stream of consciousness evoked by a piano that expresses a thought without words.

Ultimately, in any case, all work carried out during the seven months while keeping an approach very free, loose and relaxed, is the result of great inspiration, creativity and abandonment to the flow, as well as the careful, scrupulous and obsessive research and attention to the sound and its evocations.

Francesco Giannico is an Italian electroacoustic musician, videoartist and webdesigner.

He graduated in “Musicology and Musical Heritage” at the University of Lecce with a thesis on “History of film music”. His musical approach is better described as a cinematic journey which pushes the boundaries of digital media even further by incorporating smooth melodies and gentle textures. More canonical instruments such as guitar and piano are constantly present into Francesco Giannico’s music, within interrupted structures or long and dreaming sonorous carpets.

About him Thurston Moore wrote (from Sonic Youth): “Even less jazzic is Folkanization by Francesco Giannico. This young Italian electro-acoustic composer in whose work we can hear tendrils of everything from Luigi Nono to Toru Takemitsu. Filled with odd details, the music is fascinating.”

Theo Allegretti, pianist, composer and improviser, is placed in the context of contemporary ambient-jazz, seeking a personal language through the hybridisation and reworking of several musical forms as, among others, ambient, minimal and world music.

He began studying classical and jazz music on guitar and piano and then finally he devoted himself to the jazz piano, specializing with contemporary jazz masters as Giorgio Gaslini, Enrico Pieranunzi and Gianni Lenoci. His overall musical training is done through an atypical and unsystematic approach and his artistic maturation is the result of a very personal path.

Over the years, he engages in collaborations and compositions of various kinds, creating jingles, arrangements, music for radio, television and theatre, performing in solo (featuring atypical usage and preparation of the piano and its rarefied and poetic atmospheres, sometimes of eastern flavour), recitals of poetry and theatre-music, in a variety of ensembles, as well as the influence of other arts.

In the catalogue “Jazz Art” the art critic Giorgio Palumbi writes: “That of Theo Allegretti is not an easily placeable musicality, which is affected by various influences … Approach of an improvised-instinctive mode, now less intelligible and at times more melodic, in search of evocative sounds shunning technicalities, achieving a sort of spiritual expressionism emancipated from more conventional jazz styles as well as those “free” more stringent.”