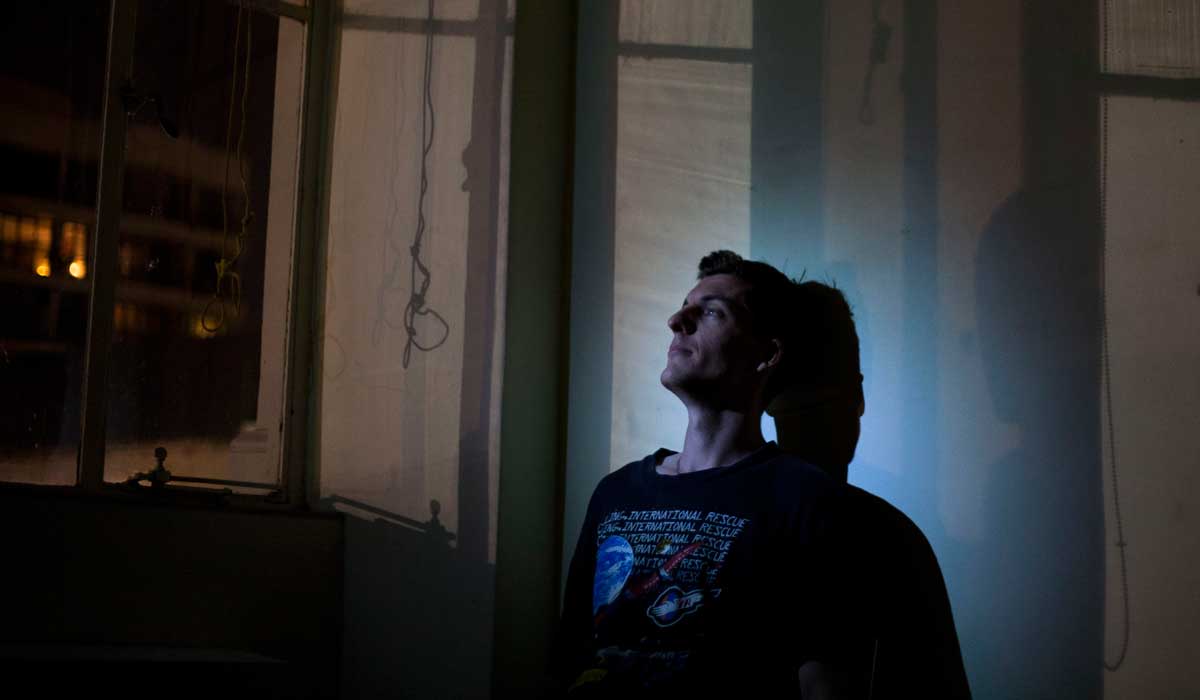 New Zealand based artist Graveyard Love creates a sound that exists somewhere between an 80’s getaway car scene and the desolate mood of factories at dusk on the outskirts of the city. Graveyard Love is somehow a transcendental experience – a blurry distortion between gospel, alternative and dance.

Graveyard Love started as a side project circa 2006 in Auckland, New Zealand. At the time, Hamish (the sole artist) was playing in an indie-pop-rock band The Dilettantes (not the American one). With growing frustration about musical direction and general dysfunction, he turned to the aid of robots and machines. With his first sequencer (Roland mc-303) and synth (Korg Poly-800 mk II) the world of midi, sequencing and opportunity opened up.

Although the name Graveyard Love invariably brings with it connotations of corpses and necrotic romance, the moniker is actually a reference to Hamish’s long history of working the graveyard shift, be that at psychiatric hospitals, prisons, hotels or rehab clinics. While sleep hit the rest of us, late nights, artificial lighting and the bubble of other people’s madness were all feeding into what Hamish calls a spiritual connection to the modern disconnection. “There is something hollowing but ultimately satisfying about walking through a cold city after being up all night; through all the mess that a night might bring, this feeling was always enlightening. It was these experiences that feed my music.”

It’s important not to underestimate the role that setting has played in the creation of Graveyard Love’s sound. “I’ve lived in a lot of pretty shitty places, like a room with no natural light and a flat right next to the railway. I’ve always tried to make music that reflects that without becoming depressing. Like a wasteland with a broken fridge sitting in it – you should be able to make that sort of stuff beautiful, because that’s the view from your back window.” It’s for this reason that he describes his music as a kind of ambient gospel, or a distorted block of industrial buildings. “I like to think of my music being the aural equivalent of pink light hitting a row of factories in the afternoon – at least, that’s what I’m aiming for.”

Hamish has played in a number of bands, but as houses have shifted and jobs have changed and various band members have disappeared on O.E.s, Graveyard Love has remained a constant. “It’s just the one place where I could always retreat and create.” And the technology involved has piled up around it: samplers, synths, ES-1s, MS-2000s and sequencers came and went; music was made, hard drives crashed, music was re-made. Looking at his set up now is like staring into an obsession of keyboards and knobs and esoteric neon pads, and watching him play is an adventure in complexity. “I have a head-torch I use when I’m playing live so I can keep track of what’s going on.” In darkened bars and against the ramped up dance work his music turns into during live gigs, the light from his head torch bounces from space to space, frantically looking for the next hook or loop.

By layering the organic with the synthesized and the acoustic with the electronic, Graveyard Love has begun to solidify a genuine sound. While his songs vary from catchy pop rhythms to noise anthems, each one speaks to some aspect of the human condition, some struggle with the day to day – themes borne of his work in the darker areas of society. “I’ve worked in psychiatric wards, a prison and a rehab center, most of the time having to deal with some really dark stuff, so my music definitely draws on the emotions inherent in these spaces. Alienation, detachment, angst, frustration. The mood that prevails is the consistency in my music. While there’s always a temptation to wallow in it, in the end I want my music to be the catharsis and the escape. It is about trying to make something of the dark and macabre. I don’t ever see my music as a collection of sad or miserable songs. I see these songs as hopeful… as lame as that sounds.”