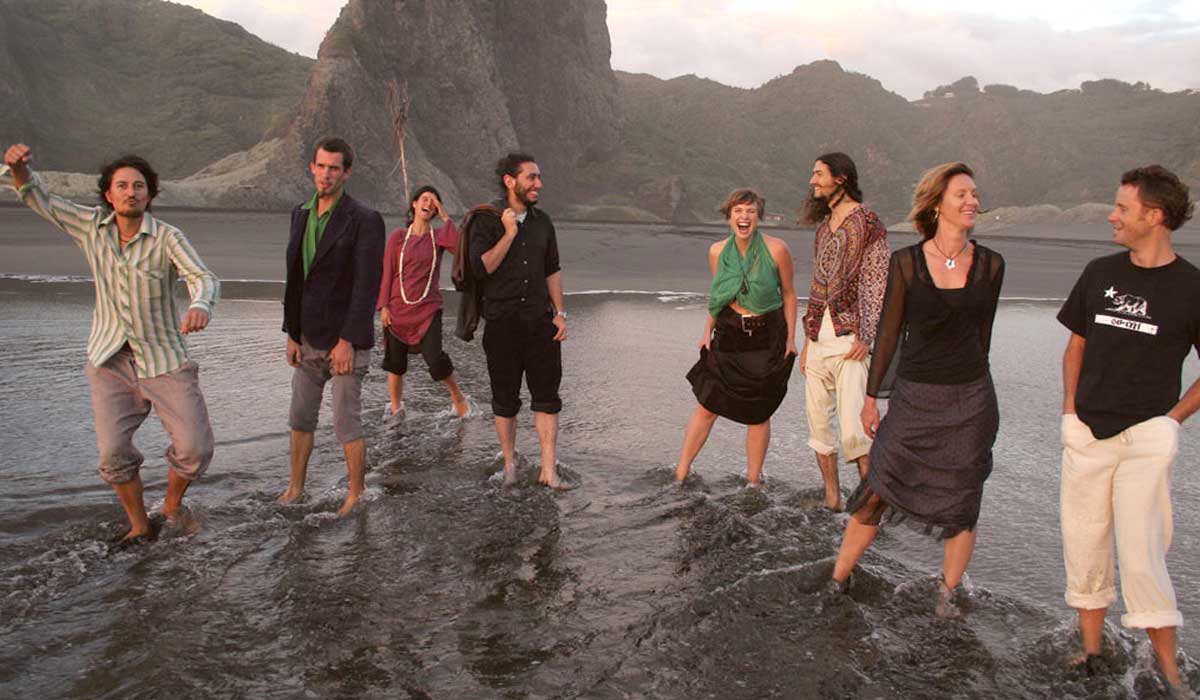 Originally founded in Auckland, New Zealand in 2002, Ishta’s sound evolved over time into an uplifting blend of Eastern and Western influences with the laidback bass grooves of Monsieur Escargot, soulful sitar playing by Rob Croft, stirring sax and flute arrangements by Ben Campbell and Trudi Lile, virtuosic tabla playing by Basant Madhur and the soaring, sensual vocals of Josephine Costain.

The two main songwriters, Josephine Costain and Rob Croft both have Maori ancestry and are firmly connected to this land and its people. Their uplifting songs bring a positive message of unity and celebration of life expressed not just in English but also in Maori, Spanish and Arabic. The other members of the band originally come from India, France and Israel and their respective contributions helped make the Ishta sound truly international.

An Ishta performance could be a positively euphoric experience and it was never long before the dancefloor was full at any of their shows.

Ishta disbanded in 2005 with various members continuing on with new musical projects such as The Mamaku Project and An Emerald City and lead singer Josephine Costain pursuing her solo career.