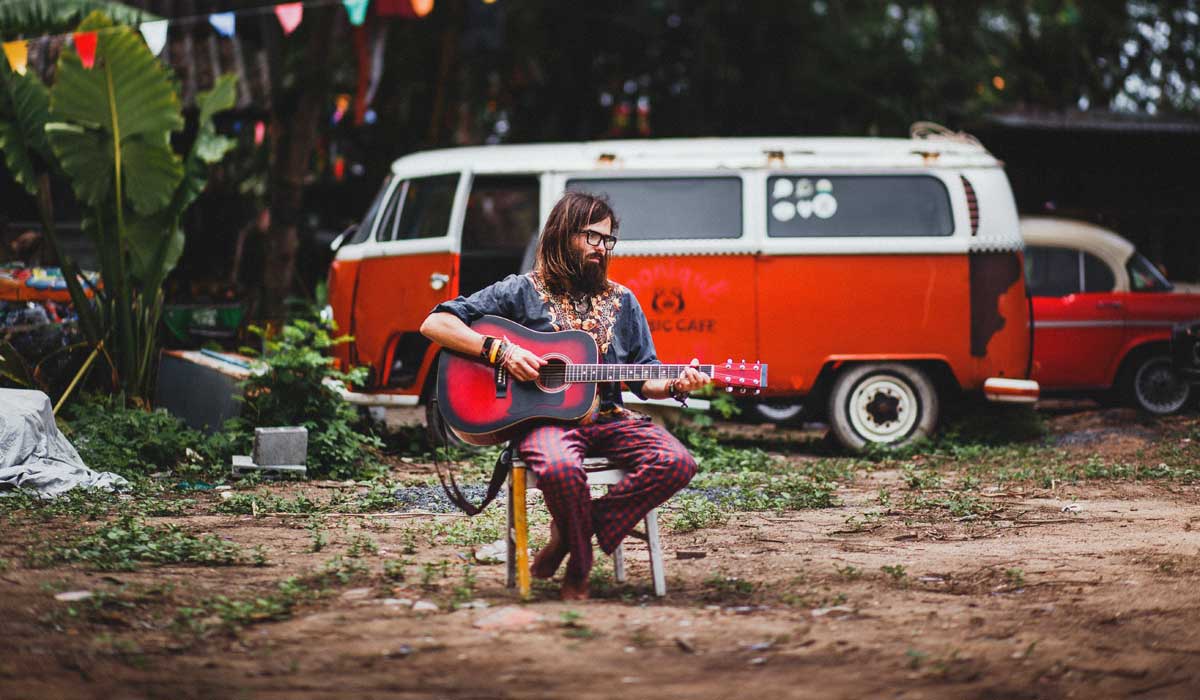 Make Like a Tree is a representation of travels expressed in music and photography created by Sergey Onischenko, a wanderer from Ukraine who has been hitchhiking around the world spreading his indie-folk tunes with a touch of non-conformism and Beat Generation ideas whilst exhibiting his minimalistic landscape photography along the way.

Each concert is played with new members and all songs are created and recorded in different parts of the world. Experiments with sounds and collaborations with the audience can turn this one-man-band into a duo or into quite a large improvising ensemble. The soundscapes of Make Like a Tree will bring you to an inner world of nature, woods, mountains and windswept tropical beaches and the sense of freedom that comes with life on the road.

The Animal album is a result of Sergey’s two and a half year hitchhiking journey through 13 countries from Ukraine to New Zealand. In June 2013 he left his hometown Kharkiv in Ukraine with his guitar in hand and headed to the East chasing the rising sun. It was the beginning of a vagabond trip that he had always dreamed about. Since then he’s done about 250 gigs in around 200 cities in Russia, China, Hong Kong, Macao, Lao, Vietnam, Cambodia, Thailand, Malaysia, Singapore, Indonesia, Papua New Guinea, Australia and New Zealand. In late 2015 he will be touring Russia and Ukraine to promote the release of his new album with touring plans for Europe and who knows where else in 2016.

Sergey started giving a birth to this album when he made a stop in Bali and recorded three songs in his DIY studio that he set up in bungalow near the ocean where he was living. Three other songs were recorded in Auckland, New Zealand at the MAINZ studio with the help of his friend Mike McMinn who also mixed half of the songs and mastered the whole album. The last two songs were made in collaboration with Cosmic Setter (Russia), Compact Substance (Ukraine) and Anna Denisova (Ukraine). Overall the album is surprisingly cohesive and Sergey’s breathy understated vocals over minimal acoustic arrangements (with the exception of the last two electronic-infused tracks) are sometimes reminiscent of early Iron and Wine or Bon Iver.

“I have been to many places and I have seen many people. I realized that places do not matter – but people are everything. Every single person who I met on my way put a drop of inspiration in my soul and as a result – these songs became mirrors that reflect stories and faces. Take a closer look and you might find yourself in one of the songs.” Sergey Onischenko (Make Like a Tree).