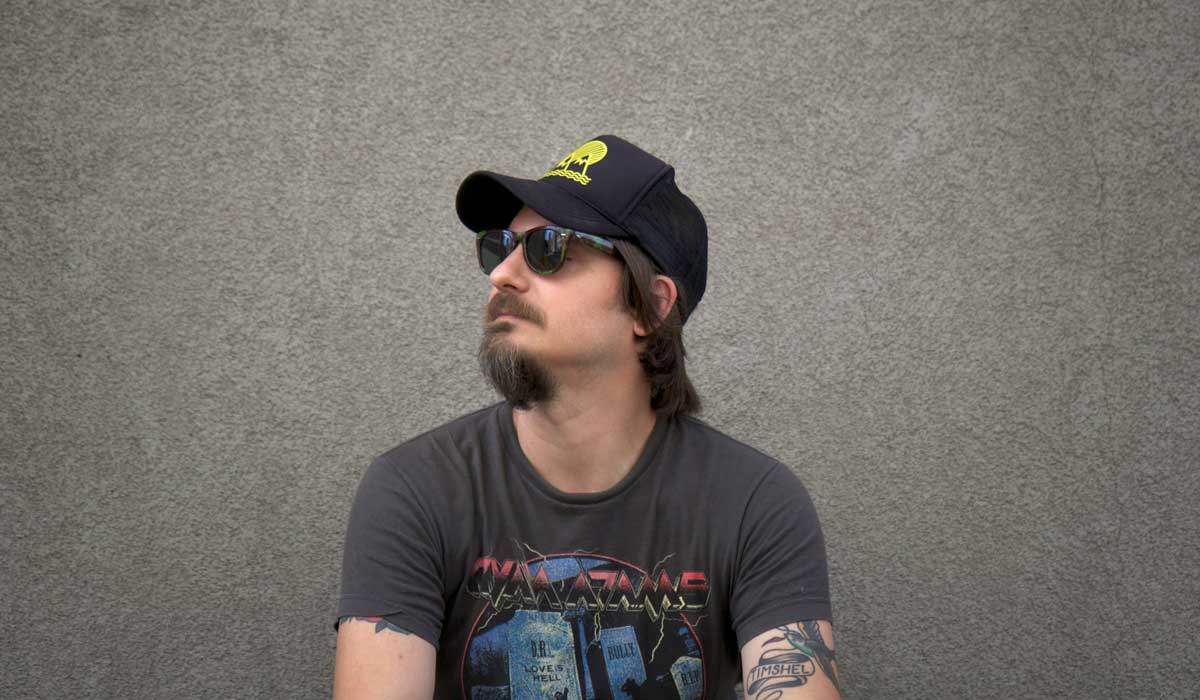 Musically and geographically, Finnish guitarist and songwriter Robin Pahlman has traveled thousands of miles since he recorded and toured with his band Agent Kooper in the early 2000s. Robin started writing songs for a solo album in Seattle, WA, recorded his critically acclaimed debut lo-fi acoustic EP in his tiny home studio in Vienna, Austria, toured all over Europe, and wrote and produced his first full-length album “Temporary Everything” in New York City.

“For this album, I wanted to play more guitar”, Robin says. “I wanted to focus more on guitar arrangements than before, and layer acoustic and electric guitars and some synths in order to create spacey and dreamy textures and moods. For demos, I would start out with a basic drum pattern, loop it, and just layer stuff upon it. In the studio, we recorded the basic tracks live with a band, but for some songs, I still wanted to maintain a certain static vibe in the rhythm section.“

“Lyrically, I wanted to acknowledge the bittersweet feeling of nostalgia that I recognize in my friends and myself, as many of us now have entered our 30s.”

“Originally, it was a person’s attempt to resist nostalgia altogether. However, as the theme developed, it turned into a process of recognizing and owning your own past without getting too sentimental about it – as opposed to adopting the nostalgia of your parents’ generation, which I think is a very present force in literature, film, music, and (political) culture in general.”

In his music, Robin draws from a wide range of influences, such as dream pop, krautrock, americana, psych rock, country, and folk. As always, melody and mood are important ingredients in Robin’s songwriting.

Robin Pahlman lives in Brooklyn, NY, where he writes music, plays shows, and serves as guitarist with rock band Howth. His new album “Temporary Everything” is out March 11th 2016.

His debut self-titled EP is out now.