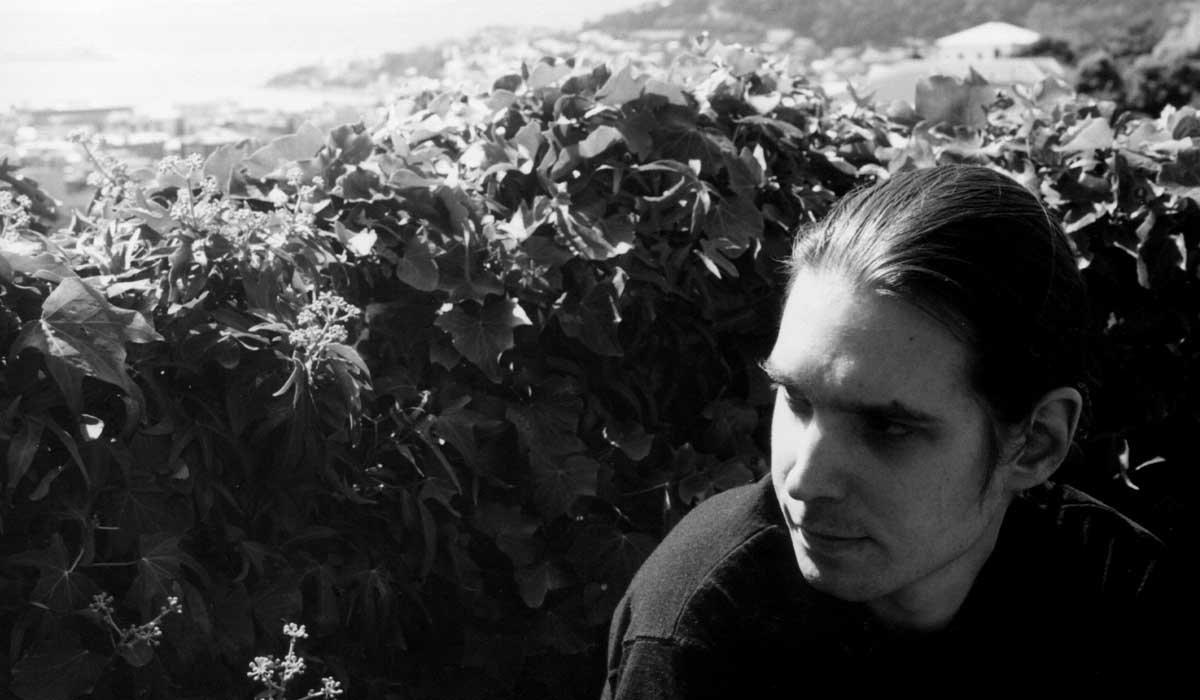 Johannes, currently living in Wellington, was born in 1972 much further north – Germany in fact, where he grew up in the servants’ quarters of a rich duke’s castle until moving to New Zealand at the tender age of 13. He’s lived in Germany since, but his prime abode in NZ has been Dunedin, where he spent most of the ’90s. Here he studied music and literature and played in many-a band, most notably Cloudboy (which are currently on extended hiatus but will probably resurface when we least expect it) and electro-party sleazers Mink, but also guesting with Flying Nun veterans such as David Kilgour and Jay Clarkson…

An interesting development for Johannes really, because in his late teens, living in Germany for a few years, it almost looked like he was going to be a synth boffin. Early Tangerine Dream, Kraftwerk, Brian Eno, Yello and even the fearsome Jean-Michel Jarre inspired a good number of boldly atmospheric synth collaborations with a ‘sequencer studio’ cohort… then TranceTechno hit the world and it became painfully obvious that bold atmospheric synthesizer compositions were just a teen fantasy – time to purge all that New Age gunk from your musical vocabulary and turn to greener pastures. Which for Johannes seemed to be Dunedin slacker pop on the one hand (the F-Nun sound being a crucial part of his musical upbringing), and classical minimalism on the other (attempted at least; the Otago University music department composition lecturers were fanatically fixated on Ligeti and Webern). Sloppy Dunedin sounds eventually lead to the discovery of further seminal influences such as Can, VU, Beefheart and Pere Ubu, and by the mid-’90s, minimalism had become a respectable electronica direction (The Orb via Autechre to Mouse On Mars).

Having never lost his youthful enthusiasm for synths, Johannes had by now amassed a respectable collection of vintage Roland synths and various sound bending devices, and as an offshoot to his general change in direction towards seriously lush studio production (he spent several years on Cloudboy’s Down at the End of the Garden), he returned to his atmospheric synth roots with You are Feeling Sleepy – finally realising that less really is more. The Sleepytime theme and moniker was inspired by a friend spontaneously falling asleep for five hours in front of the loudspeakers during the mixdown of the opening track! The release of the album, initially only among friends and family, also lead to a live ambient presence – hours’ length drone improvisations with synth knobs, delay pedals, and the flute.

You Are Feeling Sleepy was rediscovered a few years later by Monkey Records, who released it proper. The press responded very favourably, and the second album, Sleepytime vol. 2: Schlafwandler (2003), was similarly well received, eliciting praise from Roy “Godfather of the Dunedin Sound” Colbert, Gary Steel and other respected critics. The successful sophomore release was followed by an extended stint to Europe, most notably Berlin. Here Johannes not only toured with Cloudboy but also recorded an album with Jay Clarkson (in the Austrian Alps of all places) – as well as Sleepytime instalment no. 3, The Twilight Drone. Complete with a one-hour music video set in the snow of said Alps, this latest offering in the artist’s ambient series is perhaps the most unrelenting in its hypnotic repetitiveness, never letting go of its undulating titular filter drone.