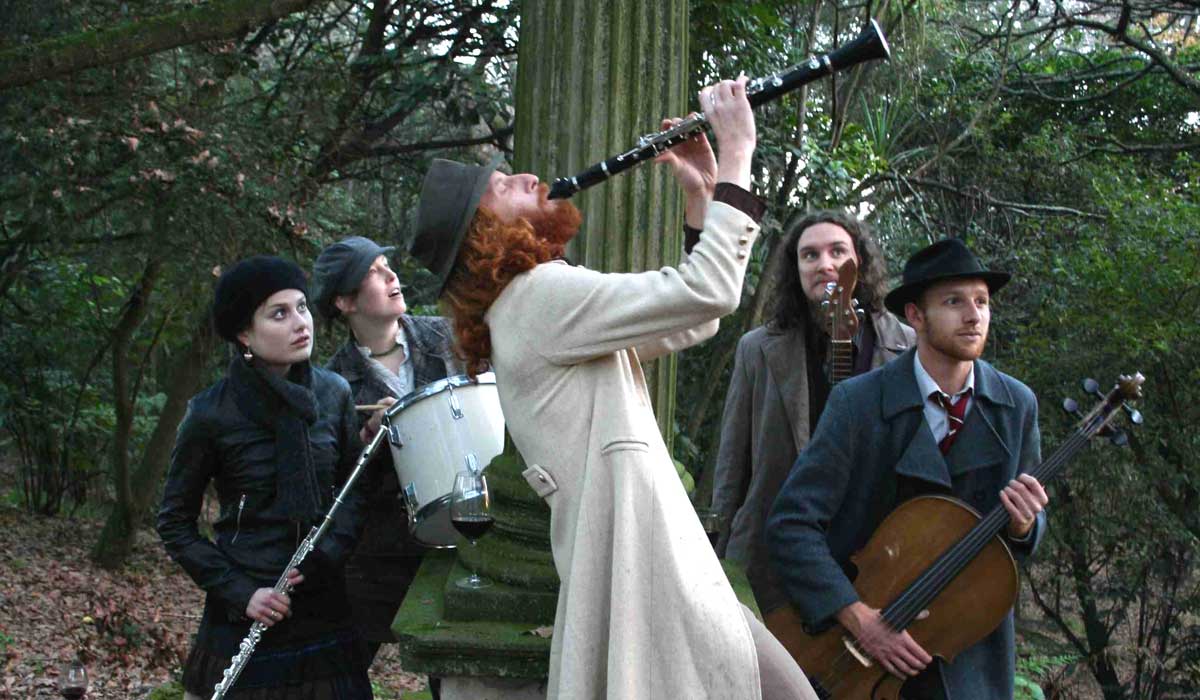 Hailing from the slums and ghettos of Auckland, New Zealand (the Prague of the South), The Benka Boradovsky Bordello band is a highly theatrical musical group specialising in music of Eastern European, Gypsy and Jewish flavour, along with some Western European influences. With music ranging from old to new, originals to standards, vocal to instrumental; they are remarkable in their ability to get everyone up and dancing, regardless of age, musical taste, or level of drunkenness. Benka’s globetrotting voice sings in a wide variety of languages, with lyrics in Russian, Greek, Serbian, Romani, Arabic, Hebrew, Spanish, English and more. If references are necessary, they sound like Tom Waits, Shane McGowan and Franz Kafka drunk too much vodka and thought they were in 1950’s Yugoslavia.

After first emerging from an alleyway behind Auckland’s Wine Cellar sometime in the May of 2006, under the guise of Kapitan Shakirov’s Krazy Klezmerim; there has been a vague aroma in the air… a sprinkle of klezmer and a lingering hint of the Eastern Europeanesque with an exhalation of the Romani, well disguised behind the scent of whiskey and sweat. But when the Kapitan himself, Mr Daniel Dumnov, embarked on a trip back to his native Russia, the band had to reform, and Benka furtively grabbed the reins. Through other tribulations, such as The Blackbird winging off to the Bourne of Mel, Benka Boradovsky brought several new players under his bearded wings and the band is now ready to continue spreading its lingering and addictive scent across the country and indeed, the world.