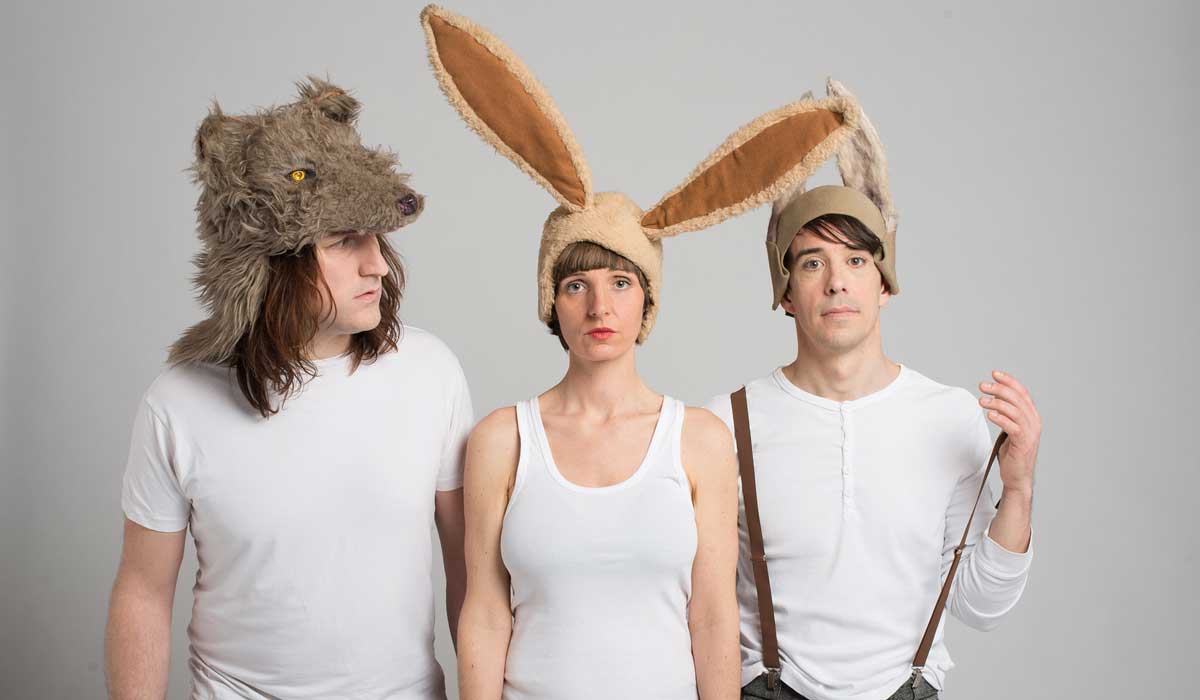 Having formed The Major Pins in 2007 in Berlin after studying music in the Netherlands and meeting her first band members at Popkurs in Hamburg, Kat decided in 2011 to record her first album, teaching herself how to do it at home with her granny´s honkey-tonk piano and singing under a blanket for an intimate sound (but also to keep the neighbours from knocking on her walls). Bass and drums were then recorded at Phil Freeborn’s Studio Kreuzberg and a bunch of friends helped out with violin, cello, guitar, clavichord, trumpet, glockenspiel and backing vocals.

Once she had recorded and produced the 12 tracks herself she brought on board Yensin Jahn, working at former Planet Roc and legendary GDR-broadcast studios by Berlin´s Spree. Yensin, who has also worked with Calexico, Lambchop, Get Well Soon and Mia, put together all the pieces of the puzzle and mixed the piano, Moog and Bontempi based alternative indie-pop album Roundabout.

Kat writes the music to be arranged in the trio. Her lyrics deal with personal experiences as well as inspiration from novels, movies or documentaries such as Naked Slug dealing with the recent issue of chemtrails and geo-engineering, whereas Robots (the first single) is inspired by H. Murakami´s novel, Kafka at the Shore. In her eyes being a songwriter gives an opportunity to handle socio-critical themes without preaching and she aims to bring to mind the power of collective consciousness and how mass media penetrates and manipulates the world.

She also loves to tell quirky stories about a drunken mistress missing the train in Sad Parade, bleeding scissors in Scissors Bleed and being love-ship-wrecked in Wreckage of Love. The title track Roundabout refers to her personal experience of producing her first album and it being a rather emotional journey and “inside-out and upside down” rollercoaster. “There was a lot to learn and nothing to lose”, she remembers, making her very first album supported by her band members, lots of musician friends and fan-based crowdfunding.

The variety of musical influences on Roundabout are connected by Kat´s expressive voice, dynamic keyboard playing and knack for writing haunting melodies which helps give The Major Pins their unique sound.

Apart from performing with The Major Pins, Kat Garden has toured as a solo artist in Slovenia, Holland, Denmark, England, Ireland and Austria and created Playing for Integration, an EU-financed Songwriter-collective together with a bunch of amazing songwriters from several countries to start a network for handmade music and the co-writing scene.