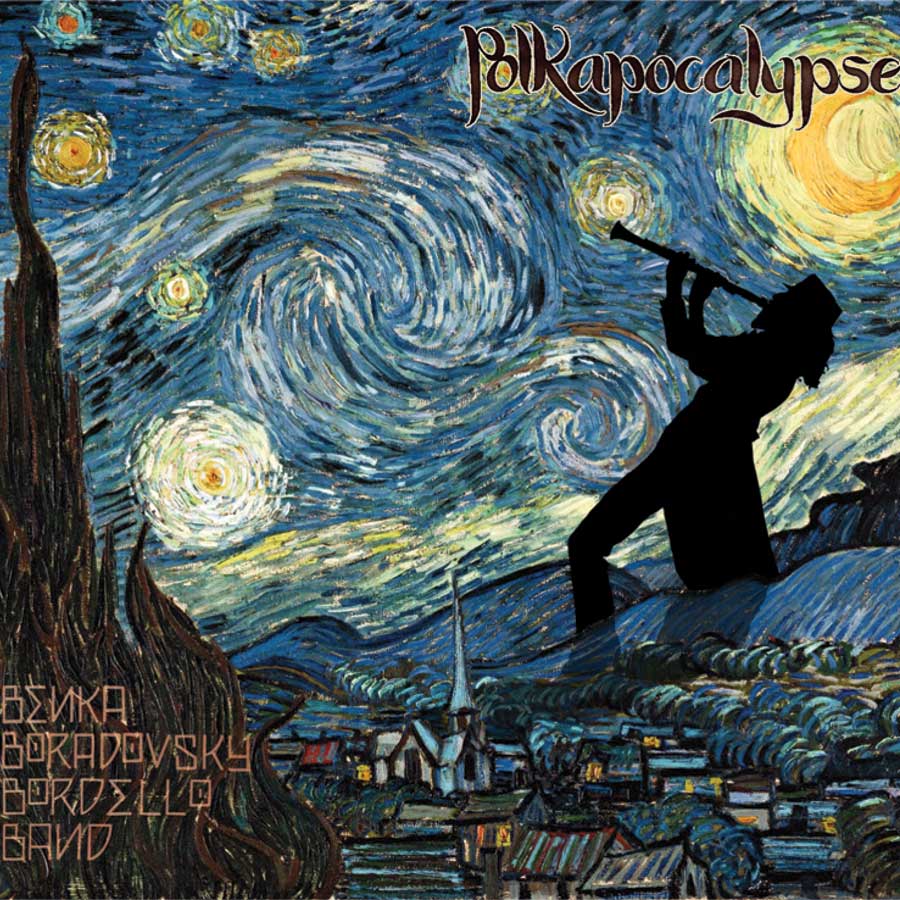 In April 2008, The Benka Boradovsky Bordello Band officially released their first ep, Danse Macabre. Since then they have been busy whipping audiences around NZ into frenzies with their crazed gypsy/East European sounds performing at Prana, Jambalaya, Parihaka, AK09, Cross St Carnival, Fleetwaters and Splore as well as undertaking three highly successful national tours which saw them playing to packed houses all over the country. During this time, the Benkas have also supported many popular NZ acts including The Hot Grits, The Mamaku Project, An Emerald City and The Jews Brothers and in March 2008 they had the honour of supporting international act Beirut in Auckland. Danse Macabre was in the Independent NZ top 40 for several months upon release and the riotous energetic video for the single, The Dance of Death, has been in the top five most watched videos on New Zealand music site Amplifier for the better part of a year.

In May 2009 they released their highly anticipated album ‘Polkapocalypse’ followed by just one final Polkapocalyptic show in Auckland before the band relocated to Berlin for six months to tour Europe.

This, their first full-length release fully captures the unique and thrilling experience that is a Benka performance and contains 3 originals, 5 traditional songs and two covers: ‘The Crack of Doom’ by the Tiger Lillles and ‘Too Drunk To F**k’ by The Dead Kennedys. Seven of the songs were recorded at Balckbridge Studios by Jamie Newman during a hot, steamy weekend in March and three are sizzling live recordings made by Andre Upston for Radio New Zealand at the Monkey Magic compilation launch at Galatos in May 2008.

Sadly, the band disbanded in 2010 following a gruelling 27 date tour round New Zealand… but the music lives on!

Imagine Spike Milligan jamming with gypsies over a crate of vodka. That’s a vague approximation that really does the manic appeal of Polkapocalypse a disservice. The Benka Boradovsky Bordello Band (from Auckland) marry whimsical traditional eastern European arrangements with the type of macabre, obscure and amusing lyricism that will either impress or repulse. Scare your neighbours, frighten the kids, and petrify the pets with a high-volume dose of Polkapocalypse. Bizarre Balkan beats, ruthless Russky rhythms and a Dead Kennedys cover.  – Mark Orton, Otago Daily Times

This Auckland gypsy polka party band, led by the bearded, mostly shirtless, and always enigmatic singer and clarinet player Benka Boradovsky (real name Ben Cragg), have injected the Romani spirit and a fair amount of vodka into the local music scene in the past few years. It’s not surprising, then, that the band’s debut album is often rambling and shambolic, with moments of poetic poise like on the meandering and manic Crack of Doom and the instrumental jig of Cigarette Juice. As a singer Benka is part storyteller and part village drunkard. His spoken rantings on The Attack of the Desert Sharks (“They are not just sharks, they are shark men and shark women”), are made more nerve-racking by the chaotic mess of instruments behind. With a sound based around accordion, clarinet, electric guitar, and lashings of laughs (they do a beautifully inebriated cover of the Dead Kennedy’s Too Drunk To F***), Polkapocalypse is theatrical, rebellious and fun party music. It’s a hoot, although it might verge on novelty value for some.

The live tracks included here give some indication about how crazed (a) gig is likely to be. As Benka says before Chusidl, “If you do not dance to it, you will die.” – Scott Kara, NZ Herald