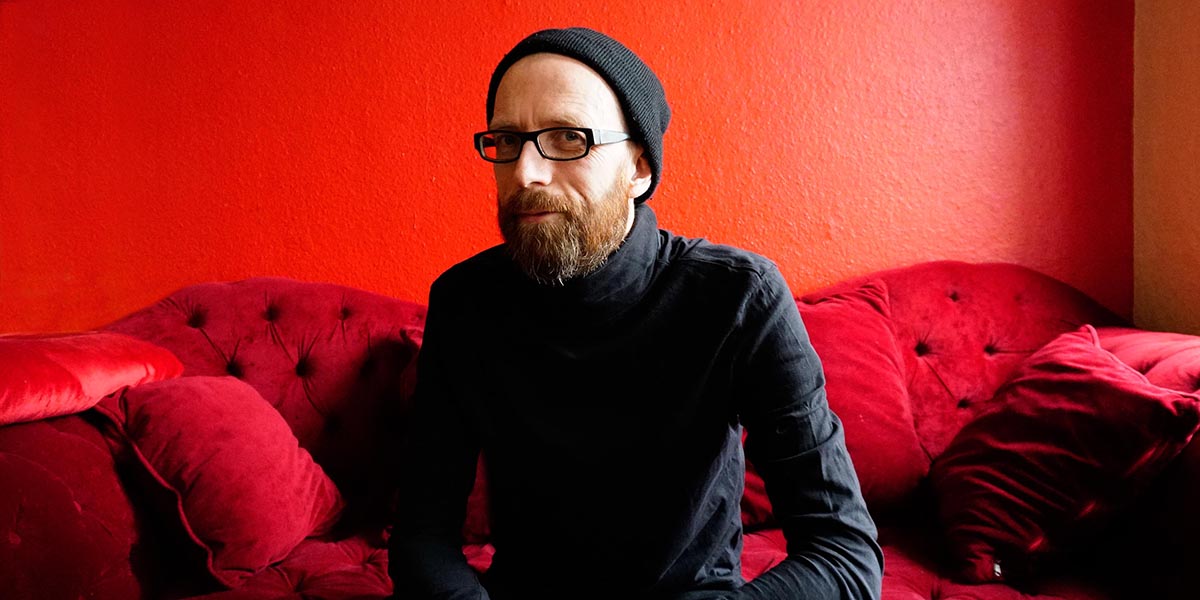 Monkey Records is an eclectic boutique independent record label founded in New Zealand in the year 2000 with offices in Wellington and Berlin.

At the turn of the millenium, Monkey Records founder Nigel Braddock (pictured above) had just recorded an album with a poet and a sitar player featuring himself on piano and keyboards (Braddock holds a degree in piano performance). The band was called Dystopia and the album was titled The Wisdom of Insecurity. Having had experience managing record stores in Auckland, he was well aware that the chances of any local record label releasing it were close to zero, as the NZ music scene was dominated by the major labels at that stage, so he decided to set up his own label. “It seemed like a good idea at the time,” says Braddock. The Monkey part of Monkey Records came from the fact that he was born in the Chinese Year of the Monkey and it summed up the playful and perhaps somewhat irreverent attitude that he hoped his new label would embody.

Around that time, Braddock was also djing in ambient zones at outdoor dance parties such as The Gathering and Visionz and he had become acquainted with a few artists such as Sleepytime (who went on to release three albums on Monkey) and chill zone organiser John Heighes who put together the excellent Leading a Horse to Water compilation featuring artists from the Gathering ambient zone. After meeting and signing Wellington based indie folk artist Ben Fulton, Braddock hopped in his car and traveled round the country visiting record stores and radio stations with a box full of CDs promoting his fledgling label.

In 2003, he bought some recording gear and recorded and produced albums for Eightfold, Peachy Keen and Ishta, all of which were released on Monkey Records. Unfortunately by the time those albums were released all three bands had decided to break up, a tough lesson in the reality of running an indie record label in a small country like New Zealand. Subsequently about that time, Monkey started working with more solo artists including iconic singer/songwriter Luke Hurley, Karen Hunter and Tim Guy as well as electronica artist Onelung.

During 2003 Braddock also started booking tours, beginning with the Creative New Zealand funded Monkey Magic tour and compilation release in 2004 which, after kicking off at Splore Festival, brought world fusion band Ishta and the experimental electronica of Onelung and eMU to main centres, small towns and a mostly enthusiastic but sometimes bemused audience around New Zealand. In order to help fund that tour Braddock bought a van, moved out of his house and lived on the road for six months.

Many more tours followed and the roster grew steadily as Monkey started to sign more and more bands interested in touring.

In 2007 Braddock developed an interest in Balkan/East European music which led to the signing of The Benka Boradovksy Bordello Band from Auckland and Wellington-based Niko Ne Zna and the birth of the popular Gypsy Fever shows and summer tours.

Following the signing of 12 piece afrobeat band The Hot Grits in 2008 and a management deal, the next couple of years were a busy time for Monkey with many new signings and also saw the beginning of annual trips to Europe to promote the label. In 2009 The Benka Boradovsky Bordello Band had a successful summer based in Berlin and in 2010 Bond Street Bridge and Tim Guy undertook a substantial European tour.

In 2010 Braddock moved Monkey HQ to Berlin leaving an office in Wellington and began a more focused effort on developing the label in the European market.

In the last few years Monkey has released albums by Berlin-based artists Charity Children, The Major Pins and Freddy Fudd Pucker as well as New Zealand acts Mamaku, John White, Graveyard Love and Niko Ne Zna, Robin Pahlman from Finland, Make Like a Tree from Ukraine and Rooms Delayed and Flow Signs from Italy. In 2016, Monkey started doing limited runs of vinyl. Monkey has also had some success with licensing over the years in Germany, France, UK, US, Korea, Australia and New Zealand and in 2012 partnered with German-based digital distributor Finetunes (recently acquired by Orchard).

In 2019, Monkey Records stopped signing new artists and going forwards the label will be a vehicle for promoting Braddock’s collaborations and solo work. Says Braddock, “I’ve really enjoyed working with such a wonderfully talented and diverse bunch of people over the years but as the returns dwindle my involvement as a label has been increasingly harder to justify. Therefore I would rather focus on my own material and come back to making music and collaborating creatively with other musicians.”

Early 2019 finally saw the release of the second Dystopia album and plans are afoot in 2022 to release Braddock’s first album under his solo moniker, Broad Oak, and with his band The Mung Beings. He also has a project with his son called Cosmo and the Cosmonaut and plans to start releasing soon under the alias of Choam Nomsky. An album of original solo piano music under his own name is also in the works.