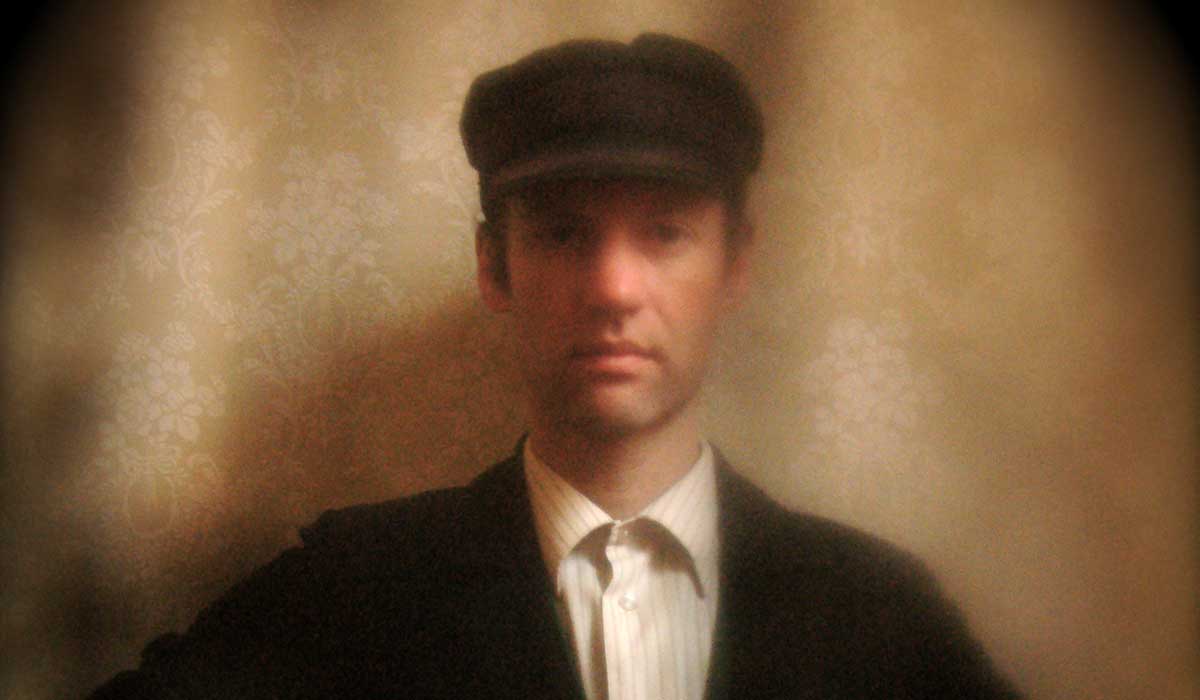 Henry Green and the Island of Tuliarts by dream pop artist, John White, is the latest album and fourth solo departure since 2000 for the Dunedin-based singer from his heavy popgaze bands Mëstar and the Blueness.

To listen to a John White album is to succumb to a dream world, both in terms of the fantastical themes and the ethereal textures he uses, and “Henry Green and the Island of Tuliarts” is no exception. Under a soundbed of lush string arrangements and gently strummed guitars, John’s softly delivered and ever so sweet vocal harmonies beguile and at times thrill. Alternating with the exquisite chamber folk arrangements of the title track and others such as Batholemule Brixton and Noneoir, are more trad. influenced songs such as Whisky and Beer and Sally, the latter about the heartbreak and isolation of those sailing to New Zealand from the UK in the late 1800s. “Farewell Song” is written for a musician friend who passed away suddenly during the making of the album.

Cloudboy’s Demarnia Lloyd once upon a time said of him that she’d “discovered a boy who sings like angel” – Dunedin’s best kept secret has to be John White. His tenure fronting fuzz-pop trio Mëstar established him as a well loved songwriter in knowing circles, while White’s previous two solo albums (2000’s “Balloon Adventure” and 2003’s “Mogwash”) were the stuff that dreams are made of. Recorded in Madison, Wisconsin by musician Tom Hanson, “The Inkadies” (White’s first release in too many years) is an unofficial ending to a trilogy begun all those years ago.

Steady strummed acoustic guitars open the record on the self-titled first single – with John conjuring fantastical images of the hidden Inkadies keeping us safe in the night. “Distant Dreams and Morning Stars” follows, with a droning distorted guitar providing the canvas for layers of White’s nearly child-like and gentle voice. While it is one of the prettiest songs on the album, “The Boy That I Saw On That Day” is a dark tale of slicing off hands, cutting off ears, and plucking out eyeballs in frustration at not being believed – hinting at a more sinister side to the world of John White and his Inkadies. Clocking in at a brief twenty-three minutes across eleven songs, “The Inkadies” is the soundtrack to that glorious half-asleep period that we get before sleep – full of strange imaginations and warmth. Beautiful stuff, and an oh-so-welcome return from the talented Mr White.

To listen to a John White album is to succumb to a dream world, both in terms of his fantastical themes and his ethereal textures, which come in a range of guises, including relaxed singing (as well as delightful harmonies), gently finger-picked guitar or silky synthesisers.

White’s voice may be warm and inviting on an album that could loosely fit into the neo-folk sub-genre, yet there is a brooding quality to his third solo effort (he is also frontman for Dunedin band Mestar). Listen to the sweetly dark Juvendee Hill and Little Blue Bird and feel the goosebumps rise.

This album could slip past as easily unnoticed as White’s recent New Zealand tour, it whispers rather than shouts, is mostly dreamy rather than grounded. Formerly out front of Dunedin’s Mestar, White recorded these airy but sometimes fuzzy, acoustic-framed songs in Wisconsin three years ago and apparently this one follows two previous albums.

Over the 11 short Anglofolk-styled songs (none more than three minutes, most less than two) White’s soft and high voice doesn’t explore much range beyond weightlessness, so it is down to synth drones (by producer Tom Hanson) to provide some musical breadth.

But this is never less than interesting, sometimes stands at the midpoint between early Donovan and early Bonnie Prince Billy, and over repeat plays the slightly disconcerting tunings and sonic settings (the distant “thunder” on The Fields, the vaguely creepy Juvendee Hill) or gentleness (The Boy That I Saw on That Day, Little Blue Bird which sounds an incomplete idea) make themselves known.

But for me it is the more widescreen and textural pieces (the fuzz-pop of Distant Dreams and Morning Stars, Bayo Fowvin) which grip, and I note Distant Dreams has been the first lifted off for a video.

Former Dunedinite (now Wellington-based) John White fronted well known fuzz-pop band Mëstar, has toured with the sadly defunct Cloudboy, and released two solo albums in a musical career that has been going for over a decade. Seven years after 2003’s ‘Mogwash’ comes the latest album of White’s ethereal dream pop, a continuation of his stories of the title characters, who are creatures from an otherland. Recorded by Tom Hanson in Madison, Wisconsin, ‘The Inkadies’ often sounds murky but is full of pretty synth bells, mellotrons, folky acoustic guitars and broken pianos, paired with some of the disturbing lyrical images that provide sinister undertones, as in The Boy That I saw That Day and Ashes Grey. White’s music has always had a mark of folkiness but songs like Juvendee Hill and Golden Anchor point to him becoming more of a storyteller, with vivid images in his lyrics. ‘The Inkadies’ is a short, but welcome return, out on Monkey Records’ label, and we can all hope it won’t be another seven years before he completes his next solo record.