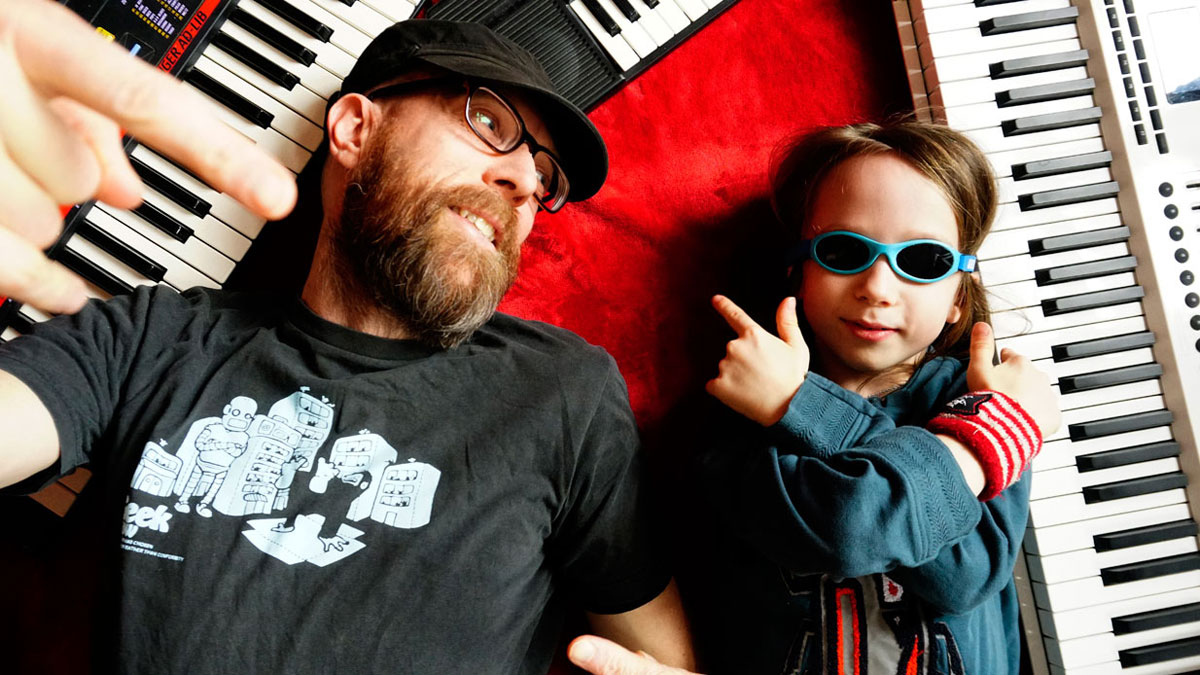 A Berlin-based father and son electronic music duo, Cosmo and the Cosmonaut released their debut album, Ultra Mega, on August 16th, 2019. Their forthcoming second album, written and recorded during a strict lockdown in Berlin, is scheduled for release in 2022. The first single, Goodbye Lockdown is out now.

Featuring songs about climate change, the stupidity of war and not wanting to go to school, the first album, Ultra Mega, addresses some of the most important issues facing kids (and adults) today. It’s not all about serious topics though; Ultra Mega Yum Yum is a celebration of their favourite food and I Like Water is a gargled anthem to H2O.

Regarding the inspiration for the songs, “A lot of them began while riding our bikes around our neighbourhood. I would sing the bassline or do some beatboxing and Cosmo would rap on top. In the beginning, I was writing most of the music and lyrics but towards the end, Cosmo was coming up with some great ideas. He also plays keyboards and recorder on a couple of tracks.”

The Cosmonaut is a musician and producer and just happens to have a recording studio set up in his lounge so recording was an uncomplicated affair. “There was always a mic set up ready to go for whenever we felt creatively inspired”, says the Cosmonaut.

It’s no coincidence that the Ultra Mega album begins with the words of young climate activist Greta Thunberg, “You’re never too small to make a difference”. “She made a big impression on us,” says the Cosmonaut, “and we thought if we record these songs and even if just one person hears them and makes some positive changes, then we will have made a difference.”

In the closing song of the album, This Is the End, eight year old Cosmo (now ten) and his dad sing “Be kind to all, that’s our message.” Sounds like a mantra worth repeating.