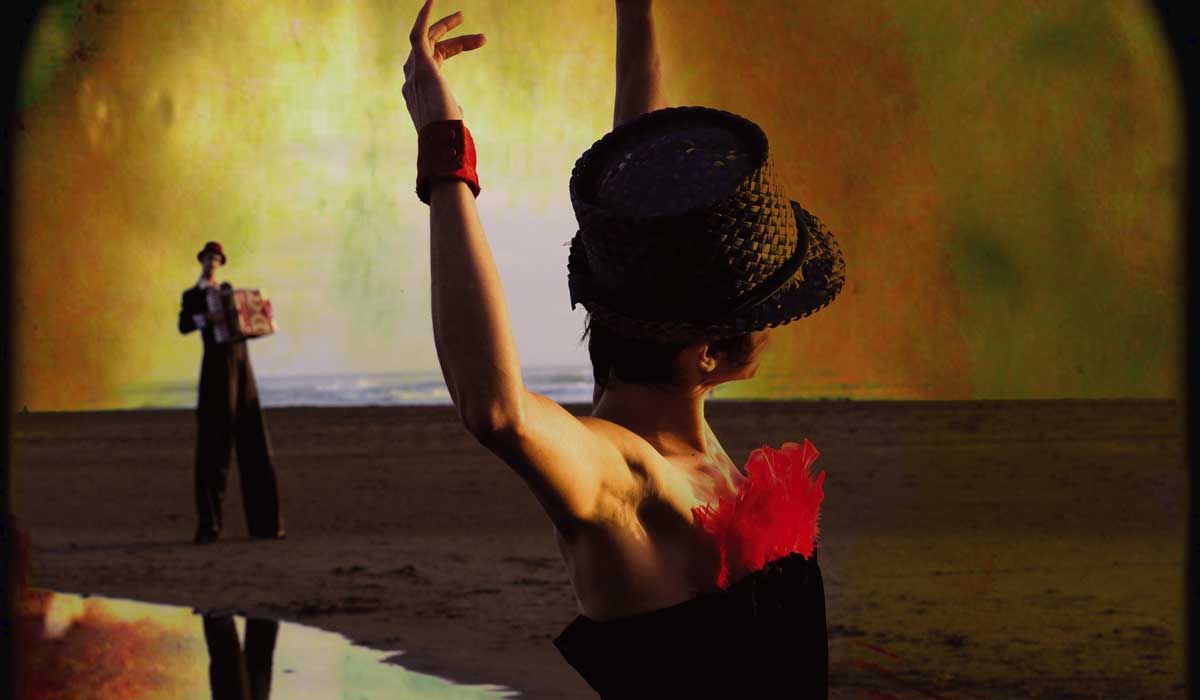 The Mamaku Project was born of the meeting of two French-Kiwi’s, with a passion for song, groove and travel. With one hand firmly in their roots and the other reaching into trans-cultural imaginings, the Mamaku Project have managed to create a reputation for compelling musical performances, embracing elements of Chanson, Dub, Bohemian Groove and Poetry. Their engaging, evocative show has taken them to numerous arts and music festivals around the globe, including Aotearoa / New Zealand, where they are based, Australia, Korea, Canada and Europe. The pool of talented musicians working with them, shifts and morphs over the years, revealing different incarnations of the music but always true to their antipodean roots. Collaboration with contemporary dancers and video artists furthers their theatrical exuberance.

Their debut album, Karekare (2006), was received by critical acclaim, and their music described in NZ as “a new national treasure”. Their second album, Mal de Terre (2008), took a bi-lingual approach to festive gypsy styles, the colorful sounds belying some of the more somber topics, such as the (bad)News culture. In both these records, the earthy presence of Aotearoa land and sea, meets with exotic inspiration.

The third album, 5 years in the making, marks a turning point. The Mamaku Project, shedding the “project” and standing purely as Mamaku, have fused electro and organic, dark and light, serious and fun, into a collection of original tunes they call Groove-Hop. Groove because the catchy bass and analog synth drives, in syncopation with funky and quirky beats, are the backbone of this music, designed to make you move. Hop because the richly layered, grit and honey aesthetic of Trip Hop (think Portishead) is clearly present, as well the apparition of rousing spoken work, both poetical and political, offering a clin d’oeil to early Hip Hop (think Gil Scott-Heron, Arrested Development).

The album was recorded, mixed and produced by Monsieur E. at ShackdeLuxe Studios, and mastered by Angus McNaughton at Auralux. Album artwork by Tui Mamaki.

Check out Mardi Gras, the first single and video from Twigs of Gold.